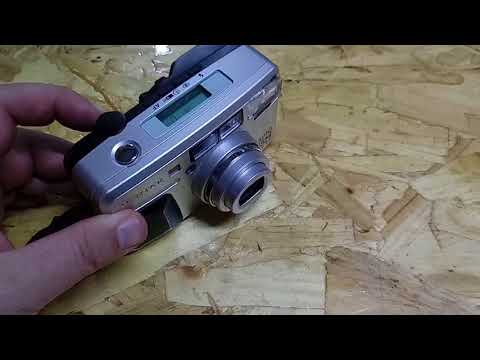 The Pentax Espio 145 is a 35mm compact camera with autofocus and a zoom lens, issued by Pentax in 2002. Part of the Pentax Espio IQZoom series. Various versions including Espio 145M Super with brushed aluminium body and IQZoom 145 Date.

The 38-145mm zoom lens has a minimum focus distance of 0.8m. The shutter has speeds of 2 seconds to 1/400 of a sec. with a 10 second self-timer. There is a built-in flash with several modes. The film transport is motor driven with automatic advance and rewind. It is compatible with DX code film. Non-coded film is set at ISO25. It is powered by a 3V CR123A battery.