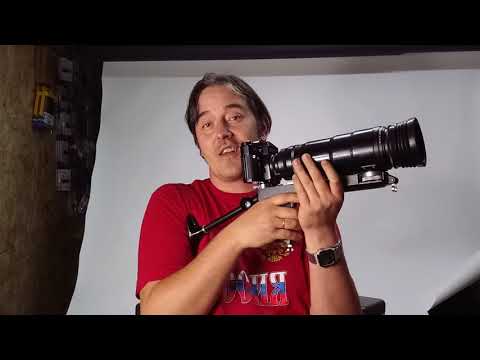 The Photosniper SLR-"guns" were made by KMZ. Maybe the conception behind these "shooters" was to give photographers who were gunmen a tool for shooting tele-exposures with a more quiet hand.

The Photosniper cameras were originally made for the Military for battlefield photography. The most famous user of the photosniper was Nikita Kruschev. It is rumored that he was actually the father of the modern photosniper. Supposedly his photosniper FS2 was broken and he took it to KMZ to be repaired. When he was told that it was no longer in production he said that that was too bad because it was really a useful camera. This was taken as a command by the management and the new photosniper was born